This day exactly one year ago I was fired.

Actually, I was one of about 70 people, around 25% of the company, which were fired as part of a mass layoff. Here is what happened that day.

The whole company was gathered in the huge kitchen area to listen to a short announcement of one of the founders that they missed to place effective structures and that they will have to fire 25% of the company to accelerate again.

The whole time the atmosphere was super strange! I knew right from the beginning that I would be part of the 25%. I told my boss the day before that I’m about to quit. Turns out most of the people in our group were about to leave, like me.

Obviously this was not true for everyone, some people were shocked because they have not seen any of this coming. They felt as integral part of the company.

I went back to my desk to pack my stuff and tweeted this:

One thing that stuck with me: They even prepared IKEA bags and placed them in the hallways. I’m still torn if this was either a super nice thing to make this day a little bit better or if this was the absolute sign that we are just human resources that need to leave asap. 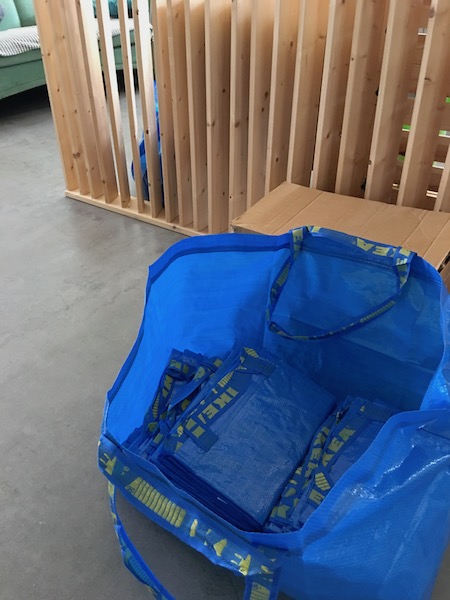 This #jimdoquit thing took off like crazy. Almost every company in Hamburg and many many others from Germany posted their job offers with that hashtag. They were after us on Xing, LinkedIn, and basically everywhere.

That’s what happened that day, but for me the more interesting days were just ahead.

I’ve meet tons of people from around Hamburg in the days after. I think they enjoyed the chance to talk to someone who was affected and I had the chance to grow my network and check-in with possible new employers. In general, and here is a take away for you, everyone wants to hire software people. At no point in this journey I had the fear of not getting food on the table.

Everyone was so supportive; the affected people were organized in facebook groups to catchup and exchange job offers. We took application training at my friends from alphacoders and helped each other by checking our CVs.

I still remember two cases that I appreciate a lot. I was having a (sort of) interview and had to take a very important phone call; instead of getting weird looks I recived all the support with a quiet room and a shifted meeting. The other occasion was a former co-worker who is now running a company as CTO. He said I should really look for what I wanted to do and if this takes more time he’ll hire me to bridge the gap.

One year has passed since then. The time has helped to let this situation sink in and reflect on what happened. I am thankful for the time and opportunities I had. But still, getting fired is something that stinks.

I have now joined DNSimple working in a globally distributed remote team; working on products for other tech people. How I landed that job is a story on it’s own that I will most likely publish soon.

If you ever find yourself in the same situation, do not let this get you down. Ask your peers for help or get in touch with me; I’m also always happy to help.